Get Ready to Satisfy Your Stomach on Christmas Day

Everyone has an edacious stomach, especially when it’s time to have a big meal at Christmas. We’ve sourced delicious recipes that are impossible to go against you and your family’s stomach.

If you ask me which course can best reflect the Christmas atmosphere, I would definitely recommend you juicy baked ham slices, a festive course that can make you feel full and satisfied on Christmas Day. Baking the glazed ham is much easier than you’ve ever thought. With very little effort, you can taste the original flavor of ham and feel refreshed with orange glaze to stimulate your appetite. 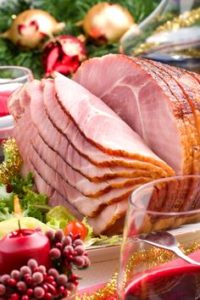 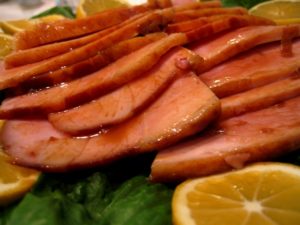 Variation: After the ham is sliced, be sure to save the ham bone for adding to your favorite recipe for split pea soup or a big pot of beans. Chop the leftover ham and stir it into the soup or beans, too.

Pavlova is a meringue dessert with a crisp crust and soft, light inside, usually topped with fresh fruit and softly whipped cream. With attractive look and delicious taste, it is an absolute summer show-stopper. 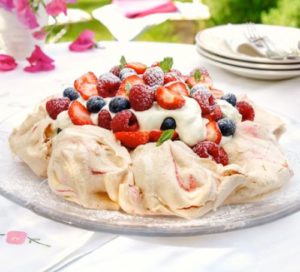 As a classic, appealing and substantial dish, Bacon carbonara ranks the top of my staple food list. Pasta alla Carbonara is based on eggs, cheese, pork and pepper and a key feature is that it relies on the heat of the pasta to cook the eggs. 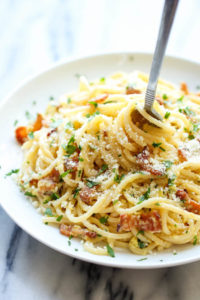 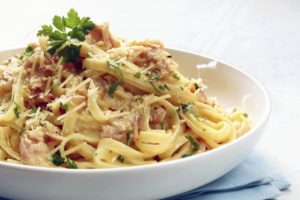 There’s no better way to get into the Christmas spirit than with a cocktail. Grab yourself a Rudolph Tini to celebrate this festive holiday. With Cinnamon sticks and a cherry on the edge of the glass, you’ve got antlers and reindeer nose for your cocktail. “Drink me up”, the lovely “Rudolph” is right here waiting for you. 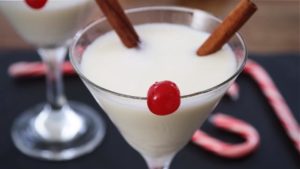 Pour the vodka, hazelnut liqueur, rum, and half-and-half into a cocktail shaker over ice (made by ice maker). Cover, and shake until the outside of the shaker has frosted. Strain into a chilled martini glass; garnish with the cinnamon sticks to look like antlers, and the cherry on the rim to look like a nose.

Besides, if you want to hold an outdoor party with your family and friends, we also get tasty Christmas BBQ recipes for your free reference. Enjoy a big meal on Christmas Day!